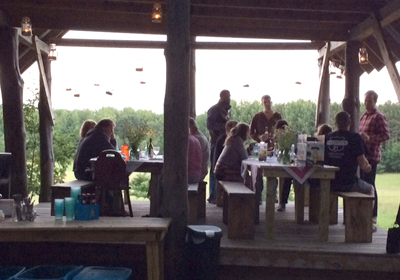 When your kids are living with you, it’s not terribly hard to make sure you are seeing each other on a regular basis. But when they leave the nest, especially when they move out of town, it can be a challenge to stay connected.

Many families have a tradition of vacationing at the same place every year whether it be a cabin they own, a resort they rent, or what-have-you. But what happens when the kids “outgrow” the family trip? The trip has to grow along with them. In our case, we are about to embark on something we consider a big investment in “Family Glue”. I wrote a little about it in the last post.

My childhood family of six (my parents, two brothers, sister and I) spent many summer days and nights in northern Michigan on farmland my father grew up on.

At its nearest point, the farmstead was about a quarter mile from lake Michigan. And if it weren’t for the apple and cherry orchards, the terrain of rolling green hills and bucolic farmland leading to high blustery bluffs formed by the crashing waves of Lake Michigan had to in some way remind the Irish transplants of their mother home.

As kids, we would trek back through the property to our favorite bluff that sent a straight shot of sand (with the occasional rock, plant and even glass) down to the pounding surf. We’d take off, flying from the top to land in the hot sand that only grew a little cooler as we descended with ever quickening speed to the beach below.

Once at the bottom we’d head north to a designated spot two miles up the beach where the bluff was lower, and some ancient sand-filled steps brought us back to the top where a parent would be waiting with the car to chauffeur us back home to the farmhouse. We’d arrive a little sunburnt, curly hair like dried snakes, and a rolling rhythm from the waves that magically stayed with us long enough to feel it’s push and pull as we lay in bed falling asleep.

This is where we went every summer. Every vacation. While my dad got busy repairing doors or windows and my mom brought ancient furniture out to the yard to strip and bring back to its original glory, we played.

When we began having kids of or own, we brought them to the farm. My dad was fond of saying every child born came to the farm by the time it was three weeks old. And I think that’s pretty close to the truth. Every new baby sat in the big oak rocker with Grampa Mike. And every child came to learn that the farm was where their Gigi served unending buckets of love, where they would come to know their cousins, where family happened. 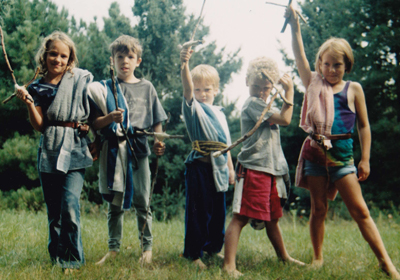 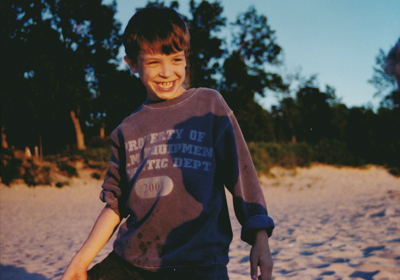 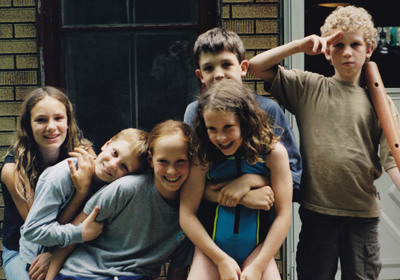 Over the years, the old farmhouse began to feel the strain of the ever-enlarging family. We began bringing tents to provide more sleeping space, and tents became cabins. We created an outdoor kitchen, most of which got packed into a simple shack for the winter, and we cooked amazing meals and served them outside beneath a beloved open-air structure designed by my brother with huge logs from the land and a corrugated metal roof. 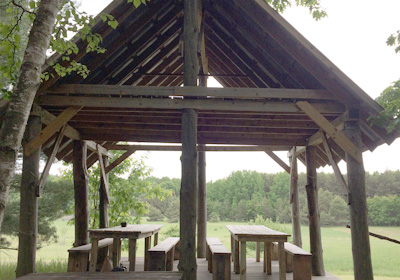 Most of the cabins were simple, with no running water, so the farmhouse was still the place to grab a shower and get out of bad weather. While each family created a cabin, the cousins just wanted to be with each other. So, although my generation of parents used our cabins, our kids tended to take over the farmhouse, many acres away.

The fact that there was a place for the teens and then twenty-somethings to get together has been key to making sure the young adults would continue to come “up north”. But the farmhouse was quite a ways away and we began to feel a divide. We also worried about the strain on the dear old house, and with the distance between us and our kids, connection was just more difficult. So, we’ve decided to build a Family House closer to our cabins. 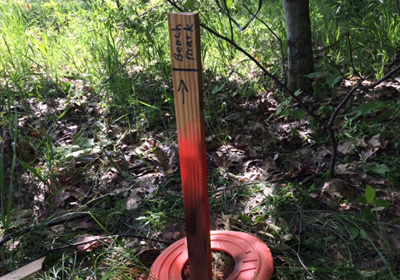 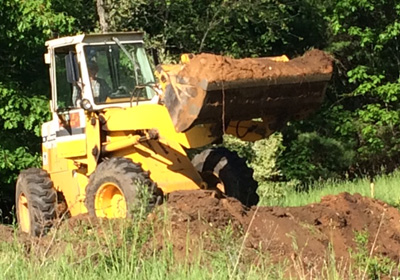 As I write, the patch of land we designated is being scooped up and rearranged by a local excavator. We will have the shell built by a local contractor and spend the rest of this (and maybe next) summer finishing the inside ourselves. I’ll use this blog to communicate the progress. You can also track our progress on Instagram. Just follow #conboyhouseupnorth

This entry was posted on Wednesday, June 6th, 2018 at 12:25 pm and is filed under 06 June, Home, Inspiration, Kids, Style, Traditions. You can follow any responses to this entry through the RSS 2.0 feed. You can trackback from your own site.